Thys Ellis is a business man and farmer from Nelspruit, Mpumalanga. He obtained his Bachelor of Pharmacy degree from the North West University in 1981. He started investing in property at an early stage of his professional life and now owns and co-owns a substantial property portfolio which includes various farms, commercial property and development land throughout South Africa. He acquired the prime development land that is Kiaat Ridge 13 years ago and was the kingpin in obtaining the development rights.

Ferdi Dippenaar is a well-known and influential figure in South Africa's gold mining industry. He holds Bachelors of Commerce and Procuration Degrees, and an MBA from North West University, South Africa. His career started at Gengold (now Gold Fields) in 1982 and was employed in various financial and administrative capacities at a number of their mines. In 1996 he became Managing Director of Grootvlei and East Rand Proprietary Mines and in 1997 was appointed Marketing Director of Harmony and remained with the company until 2005. Ferdi was appointed Director, President and CEO of Great Basin Gold Ltd. in December 2005 until August 2012. From 8 August 2013, Ferdi has been the CEO of Village Main Reef and also a consultant to the industry. Ferdi is a vital member of the Kiaat Ridge Holdings team and an esteemed business associate.

Bernard Swanepoel started his career with Gengold in 1983, culminating in his appointment as general manager of Beatrix Mines in 1993. He holds BSc (Min Eng) and BCom (Hons) degrees. After joining Randgold in 1995 as Managing Director of the Harmony mine, Bernard became CEO of Harmony from 1997 to 2007. Bernard is a non-executive board member of Sanlam and ARM and Partner of To The Point Growth Specialists. He is Non-executive Chairman of Savannah Mining, a private UK exploration company, exploring for Gold in Nigeria. He was appointed Non-Executive Chairman of Village Main Reef on 8 August 2013. Bernard will assist Kiaat Ridge Holdings with his profound knowledge and business expertise.

Cobus Dyssel obtained valuable business experience as a tax consultant for 11 years, working as Tax & Accounting Manager for a leading Chartered Accountant firm in Cape Town. In 1999 he shifted his career focus to the Property Industry, where he was appointed as the general manager for one of Stellenbosch's most successful real estate agencies. He joined the SLC Property Group in 2003 as shareholder, Chief Operating Officer and Head Project Manager. He moved to Nelspruit in August 2009 to join up with the Kiaat Ridge Holdings team as Head Development Manager.

Clinton Halsey started his career in the mining and resources industry at Durban Roodepoort Deep as Company Corporate Finance Manager. He obtained a BCom/BAcc from the University of Witwatersrand in 1997 and a higher diploma in International Taxation from the Rand Afrikaans University in 2003. Clinton served as the Chief Financial Officer of Village Main Reef Gold Mining Co. until June 28, 2011. He served as Corporate Finance Manager at Harmony Gold Mining Company Limited since 2006. He co-founded To The Point Growth Specialists (Pty) Limited in 2007. He served as a Director of First Uranium Corporation from April 26, 2010 to March 4, 2011.

Clinton has been a Member of the South African Institute of Chartered Accountants since January 2001. He completed his articles at PricewaterhouseCoopers in 2000. Clinton brings to Kiaat Ridge Holdings years of extensive experience in the financing sector. 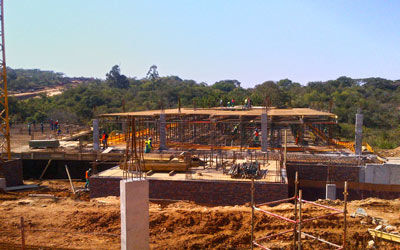 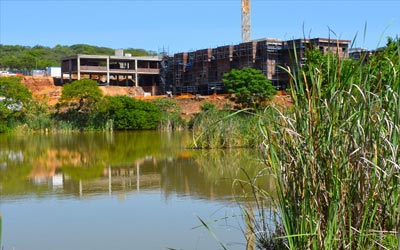 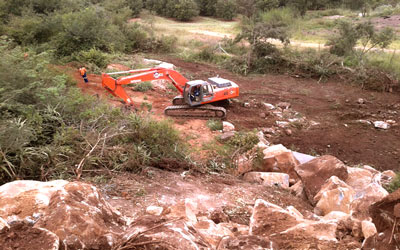